Fish and Water Lily in reflections of Neptune 1. Barbados 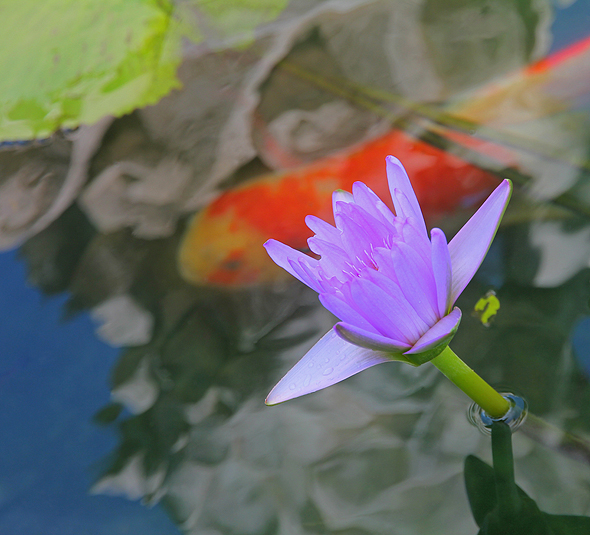 From: £22.00
Photographic Print. Orange Koi fish, lilac Water Lily flower and Neptune statue reflected in Lily pond, Holetown.
The way the water and colours of the fish blur like watercolours is something I want to explore further in my photography. The white and orange ornamental variety of Carp passes by and blends with the refections of light and the god of Neptune stone statue in the water garden pond at a restaurant in Barbados. The Japanese were the first in Koi fish history to take the naturally occurring mutations and develop them further. Japanese rice farmers kept them for food but in the 1820s and 1830s, they began to breed some of the Carp for aesthetic appeal, initially in Ojiya on the coast of Honshu island. By the 20th century, a number of color patterns had been established, most notably the red-and-white Kohaku.
Colours are as accurate as possible but may differ slightly due to screen calibrations.Shipping outside UK mainland is estimated, on occasion a variation will be emailed before dispatch.Images printed at a Fuji approved professional laboratory on highest quality archive papers, Fuji Crystal or DP 2.
A Signed Certificate of Authenticity Card states the series number.