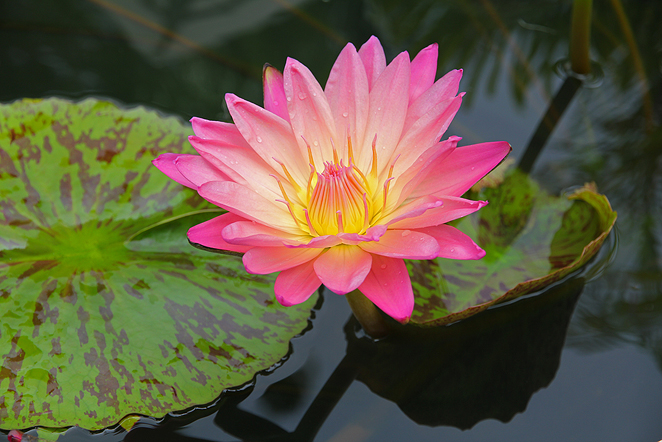 From: £22.00
Photographic Print. Pink Water Lily in pond at a restaurant in Holetown, Barbados, Caribbean.
The pink Nymphaea on this photograph seems to glow and the dark vivid coloured water and variegated leaves give the flower a 3D effect. Holetown is in the parish of St James on the west coast of the island. Barbados was visited by Spanish navigators in the late 15th century, claimed for Spain and it first appears on a Spanish map from 1511. The Portuguese visited the island in 1536, but left it unclaimed. An English ship arrived in Barbados in 1625, taking possession of it in the name of King James I and it became an English and later British colony until 1966 when it became an independent state and realm of the Commonwealth, with Queen Elizabeth as Head of State.
Colours are as accurate as possible but may differ slightly due to screen calibrations.Shipping outside UK mainland is estimated, on occasion a variation will be emailed before dispatch.Images printed at a Fuji approved professional laboratory on highest quality archive papers, Fuji Crystal or DP 2.
A Signed Certificate of Authenticity Card states the series number.