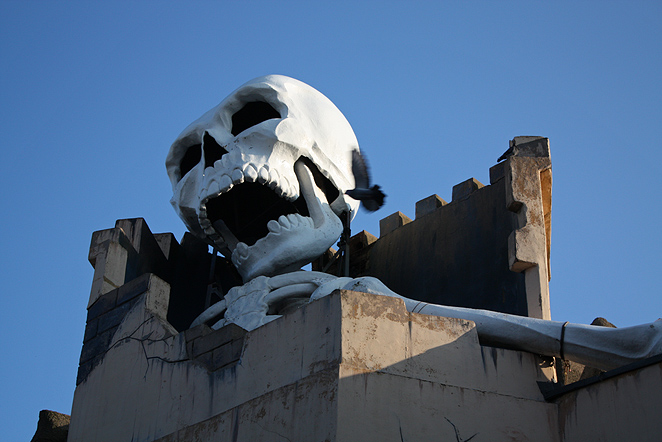 From: £22.00
Photographic Print. Gothic skull in tower of the Ghost Train at Blackpool Pleasure Beach Fairground.
The skull in light and shadow emerging from a solid dark tower against a vivid blue sky where a dark bird flies is a strange contrast. The Ghost Train fairground ride is like a giant stage set, so each sky acts as a backdrop, creating a dramatic effect. It is reminiscent of Hammer Gothic horror films in the 1960s.
Colours are as accurate as possible but may differ slightly due to screen calibrations.
Shipping outside UK mainland is estimated, on occasion a variation will be emailed before dispatch.
Images printed at a Fuji approved professional laboratory on highest quality archive papers, Fuji Crystal or DP 2.
A Signed Certificate of Authenticity Card states the series number.