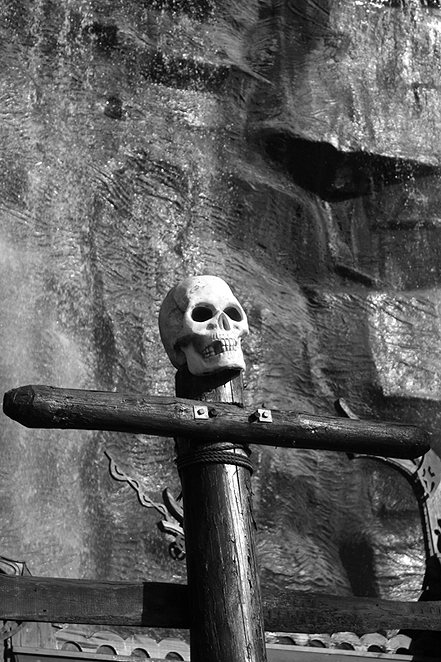 From: £22.00
Photographic Print. Black and white skull on cross, cascading water on rock, Valhalla, Blackpool Pleasure Beach.
This skull looks powerful in a black and white photograph against the textures of water on rock which look like molten metal. Like a scene from a 1960's gothic horror film, the skulls guard the fairground ride Valhalla, the hall of the fallen dead where only brave warriors are chosen to reside after death, chosen by the Norse god Odin. On entering people see: "Where lightning strikes to burn the soul. Where fires rage to ignite evil. Where the chill of ice freezes eternity. The kiss of death has tortured the lives of these viking warriors. Their stricken souls await to accompany you through the twilight world of the gods. Where mist shrouds the human form. ENTER VALHALLA!"
Colours are as accurate as possible but may differ slightly due to screen calibrations.
Shipping outside UK mainland is estimated, on occasion a variation will be emailed before dispatch.
Images printed at a Fuji approved professional laboratory on highest quality archive papers, Fuji Crystal or DP 2.
A Signed Certificate of Authenticity Card states the series number.