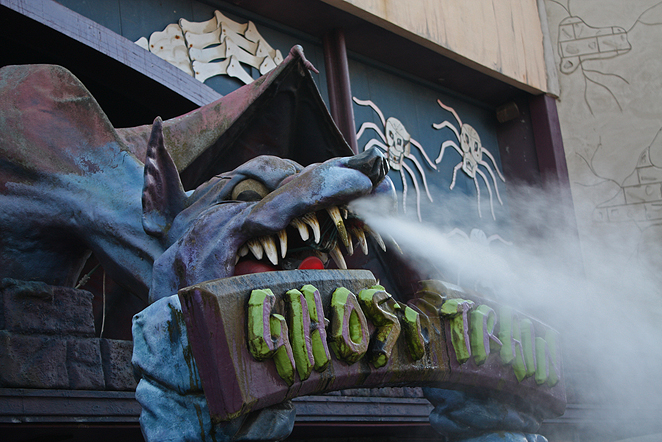 From: £22.00
Photographic Print. Scary Gothic horror vampire beast guarding the Ghost Train, Blackpool Pleasure Beach.
A scary amusement park ride called the Pretzel Ride opened in 1930 but in 1936 it was rebuilt by Joseph Emberton who named it the Ghost Train. The date of the last complete rebuild was in 1957. While on a visit to Philadelphia in 1931, the new director Leonard Thompson saw parks themed in the Modernist Style and wanted the style for Blackpool in England. In 1933 he brought in Joseph Emberton to design the whole of the Pleasure Beach. Emberton was the 1st British born architect to design in the Modern Movement Style and he designed fairground rides for the Pleasure Beach upto his death in 1956 then Jack Ratcliffe who had been involved in The Festival Of Britain, was brought in and continued until 1976.
Colours are as accurate as possible but may differ slightly due to screen calibrations.
Shipping outside UK mainland is estimated, on occasion a variation will be emailed before dispatch.
Images printed at a Fuji approved professional laboratory on highest quality archive papers, Fuji Crystal or DP 2.
A Signed Certificate of Authenticity Card states the series number.