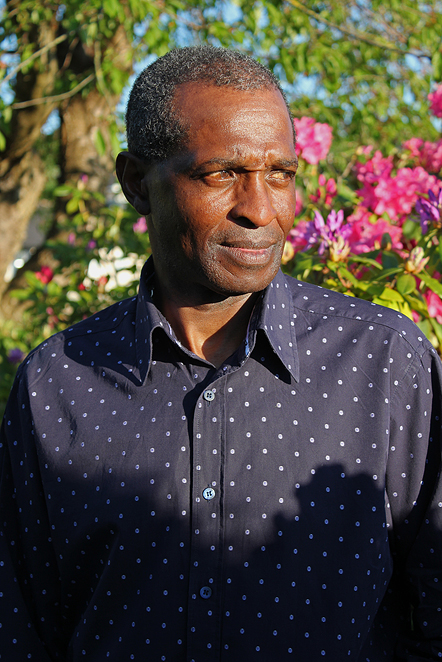 From: £22.00
Photographic Print. Portrait of Caribbean man in Rhododendrons of the Westfield War Memorial Village Gardens.
I enjoy photographing people who have an interesting face and a sense of mystery about them. This is a man originally from St Vincent in the Caribbean, amongst lush Rhododendrons, with a serious askance look. The Westfield War Memorial Village is a living memorial to those who made a sacrifice in World War One. Tree lined avenues beautifully laid out, drawing towards soldier statues on a central island. The local architect Mawson had lost his youngest son in the War and wanted to create a community for the families of injured men. The land was donated by the Storeys, money raised by the local community and the village was officially opened in 1924 for ex-service residents. I like the way the white spots on his shirt became almost star like in the shadow of the midnight blue.
Colours are as accurate as possible but may differ slightly due to screen calibrations.
Shipping outside UK mainland is estimated, on occasion a variation will be emailed before dispatch.Images printed at a Fuji approved professional laboratory on highest quality archive papers, Fuji Crystal or DP 2.
A Signed Certificate of Authenticity Card states the series number.