Kenrick From St. Vincent in Rhododendrons 1. Far away 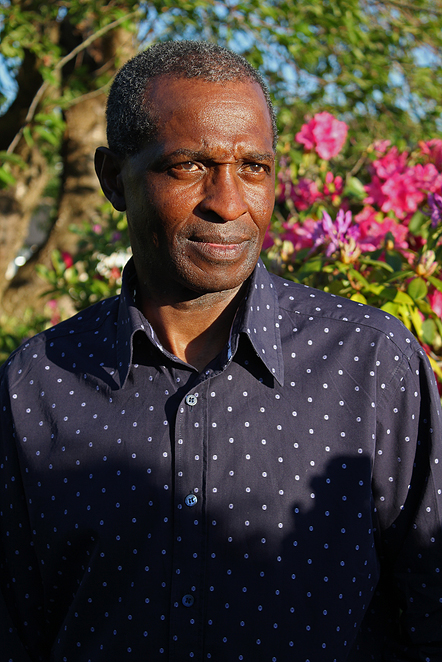 From: £22.00
Photographic Print. Portrait of Caribbean man in Rhododendrons in the Westfield War Memorial Village Gardens.
In my portrait photography, I hope to photograph people and catch something of the essence of the person, or perhaps a small but significant part of themselves, which isn't always seen. Kenrick was brought by his father from St. Vincent in the Caribbean to the snow in Oxford when he was 8 years old but later lived with his Aunt. I was drawn to photograph him amongst a lush landscape of Rhododendrons which might seem Caribbean due to the colour and evening light but is in the Westfield War Memorial Village, Lancaster, UK. He has a thoughtful far away look.
Colours are as accurate as possible but may differ slightly due to screen calibrations.
Shipping outside UK mainland is estimated, on occasion a variation will be emailed before dispatch.Images printed at a Fuji approved professional laboratory on highest quality archive papers, Fuji Crystal or DP 2.
A Signed Certificate of Authenticity Card states the series number.