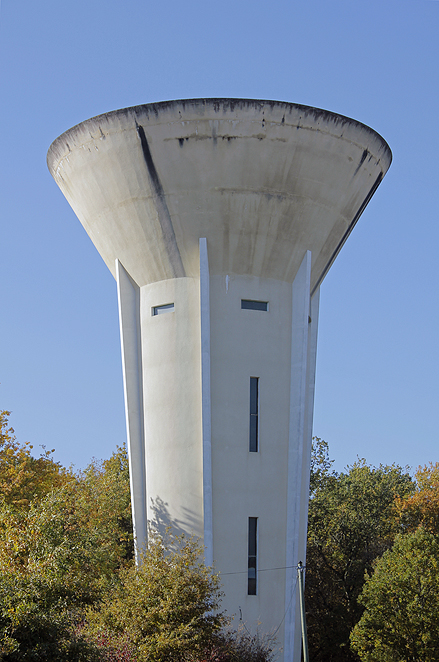 From: £22.00
Photographic Print. A Modernist water tower coming out of the trees like a space ship in Margueron in France.
Beauty and purity of design in this wonderful Modernist water tower near Riocaud, truly minimal architecture in the funnel shape and slit windows. The first reinforced concrete water towers were developed in the 1930s and the first original Mushroom shaped tower was built in Orebo, Sweden in the early 1950s and later copies were built around the world. In the Post war period, architects were able to create structures such as housing blocks, water towers and office buildings relatively cheaply from reinforced and pre-stressed concrete and high-grade steel. I think of these water towers as Modernist architecture as they are elegant and graceful though many term them as Brutalist architecture water towers.
Colours are as accurate as possible but may differ slightly due to screen calibrations.
Shipping outside UK mainland is estimated, on occasion a variation will be emailed before dispatch.Images printed at a Fuji approved professional laboratory on highest quality archive papers, Fuji Crystal or DP 2.
A Signed Certificate of Authenticity Card states the series number.