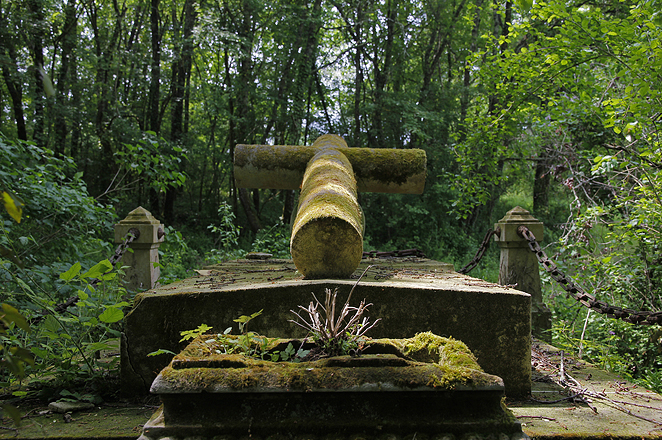 From: £22.00
Photographic Print. A stone cross rests on a ball over a tomb deep in the trees, a French garden woods, Riocaud.
I was enchanted by this tomb in the woods, especially when I first saw it with Ivy trailing over it before it was cleared, it looked like a magical lost tomb. I like the green doorway on the right of the photograph which was accidentally created by the trees and the way the moss covered cross is strikingly set onto the stone ball and wonder if there is significance to the ball. There are no inscriptions on it. Ray and Debi intend to investigate the history of why it is there in their garden. It seems strange being guarded by chains when there is no one to guard against but maybe the chains are symbolic of guarding against bad spirits ?
Colours are as accurate as possible but may differ slightly due to screen calibrations.
Shipping outside UK mainland is estimated, on occasion a variation will be emailed before dispatch.
Images printed at a Fuji approved professional laboratory on highest quality archive papers, Fuji Crystal or DP 2.
A Signed Certificate of Authenticity Card states the series number.