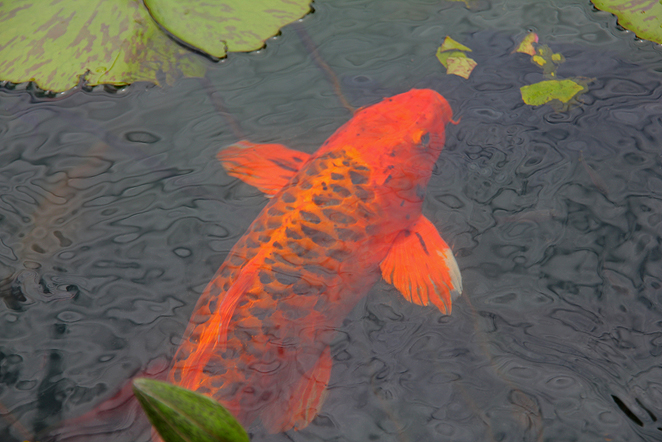 From: £22.00
Photographic Print. Orange and black Koi fish in Water Lily pond at a Holetown restaurant, Barbados, Caribbean.
I was intrigued by the beautiful orange coloured Carp fish in the Koi pond. They were camera shy so I spent a long time watching the beautiful fish and waiting for them to come to the surface. According to Chinese history, the son of Confucius, born in 533 B.C., was presented with a Koi fish by King Shoko of Ro. These Carp fish were depicted in Chinese artwork and carvings and some Chinese rulers kept them in captivity for their pleasure. Although there may have been natural mutations of Carp in China, featuring patches of colour on them and some breeding for colour around 1000 years ago, it is generally recognised that the Japanese are the creators of Nishikigoi which means highly coloured Carp and they are also named Living Jewels.
Colours are as accurate as possible but may differ slightly due to screen calibrations.Shipping outside UK mainland is estimated, on occasion a variation will be emailed before dispatch.Images printed at a Fuji approved professional laboratory on highest quality archive papers, Fuji Crystal or DP 2.
A Signed Certificate of Authenticity Card states the series number.