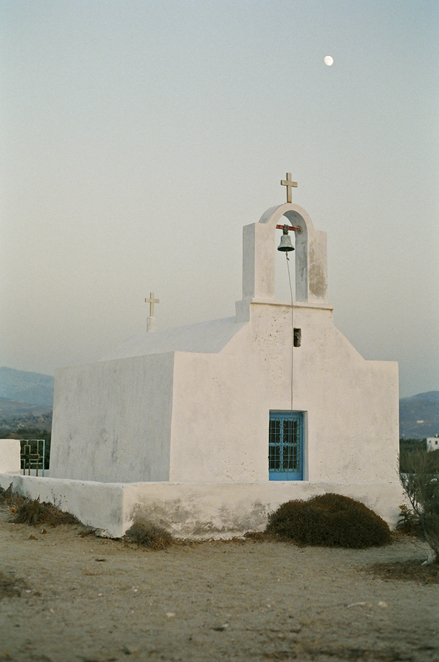 From: £22.00
Photographic Print. A small white chapel in Agia Anna at dusk on the Greek Island of Naxos.
This simple chapel was photographed as the moon came out with some light from the sunset, creating a hazy, pinkish, pale turquoise sky on Agia Anna beach. Naxos is the largest of the Cyclades group of Greek islands and sits at the centre. The Cycladic civilisation dates back to 3000 BC and during the 8th and 7th centuries BC, Naxos dominated commerce and culture in the Cyclades. During 1600BC - 1200BC Naxos became influenced by the Mycenaean civilisation from Crete. In 556 BC the island was devastated by the Persians, occupied by the Romans between 338 BC and 326 AD and was part of the Byzantine Empire between 362 - 1204 AD.The Venetian Duchy of the Aegean ruled there from 1204 - 1537 and built a fortified castle of 7 towers in Naxos town. Today 2 towers remain and a labyrinth maze of winding streets which are wonderful to get lost in.
Colours are as accurate as possible but may differ slightly due to screen calibrations.
Shipping outside UK mainland is estimated, on occasion a variation will be emailed before dispatch.
Images printed at a Fuji approved professional laboratory on highest quality archive papers, Fuji Crystal or DP 2.
A Signed Certificate of Authenticity Card states the series number.