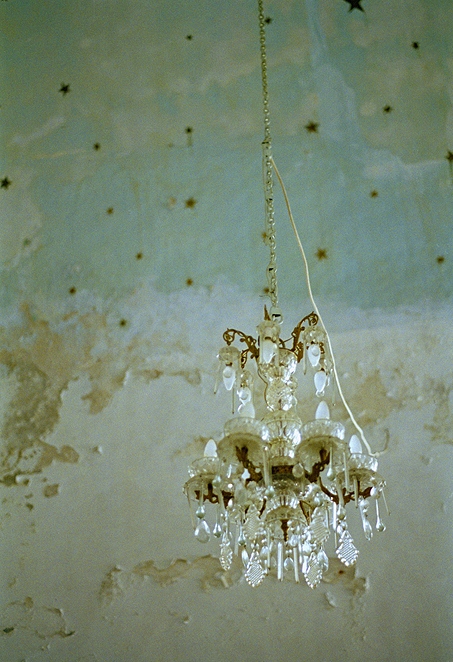 From: £22.00
Photographic Print. Chandelier and gold stars on crumbling turquoise walls in a chapel on Crete, Greek Islands.
These walls and barrelled ceiling were painted with pale turquoise and gold stars which have become beautifully textured with peeling crumbling paint. It was illuminated by candles and glass chandeliers. The Greek Orthodox religion is practised by most of the population of Crete and Cretans have practiced their Eastern Orthodoxy for over 1600 years. There are over 300 Byzantine churches and cathedrals, some dating from as early as the 6th Century A.D. so the term Greek Orthodox can also refer to the Greek heritage of the Byzantine Empire. However the Church of Crete has been self - governing since late Ottoman times. The charter of the church was recognized by law by the Greek state in 1961, 50 years after the island's incorporation into Greece. I cannot find any other images of it to find out which chapel it was.
Colours are as accurate as possible but may differ slightly due to screen calibrations.
Shipping outside UK mainland is estimated, on occasion a variation will be emailed before dispatch.
Images printed at a Fuji approved professional laboratory on highest quality archive papers, Fuji Crystal or DP 2.
A Signed Certificate of Authenticity Card states the series number.